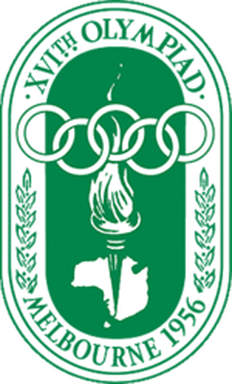 The Premier of Victoria refused to allocate money for the Olympic Village, caused by a financial strain.
Because of lack of funds available for the 1956 Olympics, the IOC President Avery Bundage suggested that Rome,
which was the host for the 1960 Olympic games could be the replacement site as
they were so far ahead of Melbourne with Preparations of the Olympics.

The games unfolded smoothly, and were widely known as the ‘Friendly Games’. Betty Cuthbert, an 18-year-old from Sydney,
won the 100- and 200-metre dashes and ran a great final leg in the 4 x 100-metre relay to overcome Great Britain's lead
and claim her third gold medal. The veteran Shirley Strickland repeated in the 80-metre hurdles and also ran on the relay team, running her career total to seven, three gold’s, a silver, and three bronze medals.

The Australian Swimming Team were the ones who really shone amongst the rest.
They won all the freestyle races in both men’s and women’s, coming out in the end with a total of eight gold medals,
four silver and 2 bronze. Dawn Fraser won gold medals in the 100-metre freestyle and as the leadoff swimmer on the
4 x 100-metre relay team.

Even though the Davis Cup has been around since the beginning of the 1900s, Australia has been unconditionally
involved in this annual Tennis Tournament. Australia along with the USA was the only teams
to win from 1937 to 1973. Australia won the Davis Cup title 16 times in between
the years 1939 and 1973.

Between 1950 and 1970 was the biggest growth for women’s sports, which were; tennis, golf and squash.
These sports were seen as most “lady–like”. This period of time seen sports champions like
squash player Heather McKay (Blundell) and tennis players Margaret Court (Smith)
and Evonne Cawley (Goolagong). 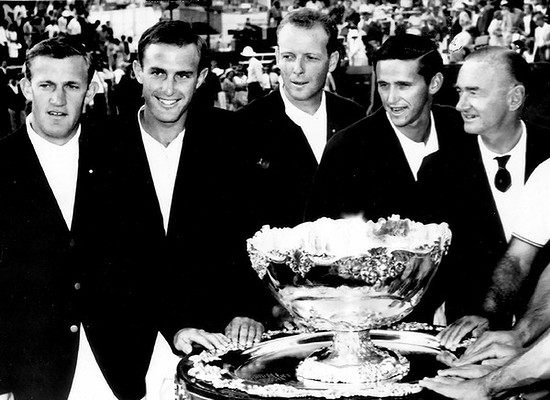 The Australian Team and The Davis Cup in 1973